The Marin Senior Fair is pleased to introduce a new Senior Talk Series. Four organizations have been selected to deliver informative presentations that are particularly relevant to seniors. The talks will take place in the Marin Showcase Theater.

This workshop will provide suggestions for how to prepare for emergencies, including power outages and Public Safety Power Shutoff.

Joe has been with PG&E for almost 12 years, most recently as the Senior Manager for Enterprise Accounts in the Business Energy Solutions Division.  Prior to PG&E, Horak was employed by the County of Sonoma County Economic Development Board where among other projects he helped develop the new Sonoma County Tourism Office. He has a Bachelor of Arts from the University of Kansas and a master’s from Sonoma State University.

He’s been a very active member in the local community as a founding board member of the Children’s Museum of Sonoma County and Joe is currently the president of the Oak Grove School District Board of Trustees.

11:00 am   Dementia Detection: Learn about signs and symptoms, implications of family caregiving, and valuable community resources in Marin

Presented by: Seniors At Home, a division of Jewish Family and Children's Services and Alzheimer’s Association-North Bay

Andrea Korsunsky, BSW, is the director of the Center for Dementia Care with Seniors At Home, a division of Jewish Family and Children’s Services.  The Center for Dementia Care is a comprehensive program, which provides direct psychosocial intervention and support for families and caregivers of those with dementia related conditions. Andrea has worked as a social worker with older adults with memory loss for over 10 years in various settings. She is dedicated to partnering with families and caregivers in order to strategize together and find ways to connect emotionally and support quality of life.

Sarah Holmsen, RN, is the Family Care Specialist at the Alzheimer’s Association, North Bay, working primarily from the San Rafael office. Sarah brings years of experience providing nursing care in the Emergency Department, Home Health and Hospice. Sarah is well versed on Alzheimer’s disease and related dementias and her personal connection brought her to this line of work. Sarah has a Bachelor’s Degree from Humboldt State University where she majored in English and minored in Studio Art, and an Associate’s Degree in Nursing from College of Marin.

Kristina Warcholski is currently the Consumer and Community Mediation Coordinator for the Marin County District Attorney's Office. She heads a group of mediators who help those with consumer complaints resolve their disputes through mediation. Her community outreach responsibilities include speaking to civic groups throughout the county. Kristina is a licensed attorney with over 30 years of legal experience, including working for many years as a deputy district attorney in Santa Clara County.

Kristina is a longtime local resident, having grown up in Marin County and attended Redwood High School. She is happy to have the opportunity to work in the county where she grew up.

1:00 pm  Can we significantly extend human lifespan and be healthier?

Presented by: The Buck Institute for Research on Aging

The average life span of someone born in 1900 was 47 years. Since then, improvements and discoveries in science and medicine have added approximately two years per decade to that average. Remarkably, a child born today can expect to live over 100 years. Aging is a progressive process that, until recently, was thought to be accompanied by inevitable degeneration. What has been discovered over the last two decades in model systems is that while aging is indeed inevitable, it is malleable. Scientists can now change the rate of aging and the occurrence of age-related diseases in animal models. Dr. Lithgow will discuss how, due to recent advances in science and technology, the ability to change or even reverse the rate of aging in humans is no longer science fiction but science fact.

A native of Scotland, Gordon Lithgow received his PhD from the University of Glasgow and obtained further training at Ciba Geigy AG, Basel, Switzerland and the University of Colorado, USA. He established his lab studying the biology of aging at the University of Manchester, England, before moving to the Buck Institute in 2000.

Lithgow’s lab is focused on understanding the role of aging in the origins of age-related chronic disease. Specifically, his lab has led the field in the identification of pharmacological interventions in aging. His lab published the first account of pharmacological lifespan extension in an animal in a high-profile journal prompting the last 16 years of effort to find compounds that extend lifespan in different animal models in scores of labs.

The Lithgow lab also utilizes molecular genetics, biochemistry and a range of leading edge technologies including proteomics and metabolomics. His team utilizes the microscopic worm, C. elegans, which ages rapidly but exhibits many characteristics of human aging. Using this model, the lab had identified scores of chemical compounds that suppress disease phenotypes and extend lifespan. Many of these compounds promote protein homeostasis, which usually fails during normal aging and is also a factor in diseases such as Alzheimer’s and Parkinson’s.

Lithgow has been recognized for his research with a Glenn Award for Research in Biological Mechanisms of Aging, senior scholarship from the Ellison Medical Foundation and the Tenovus Award for Biomedical Research. He has served on many national advisory panels in both the United Kingdom and the USA including the National Institute on Aging’s Board of Scientific Councilors and the Chair of Biological Sciences at the Gerontology Society of America.

Lithgow has partnered with a series of biotechnology companies in sponsored research agreements and has strong collaborations in pre-clinical aging research on diseases such as osteoporosis and Parkinson’s disease.

All Booths for the
2019 Marin Senior Fair
Have Been Sold 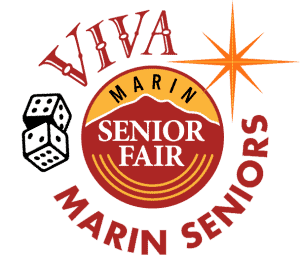